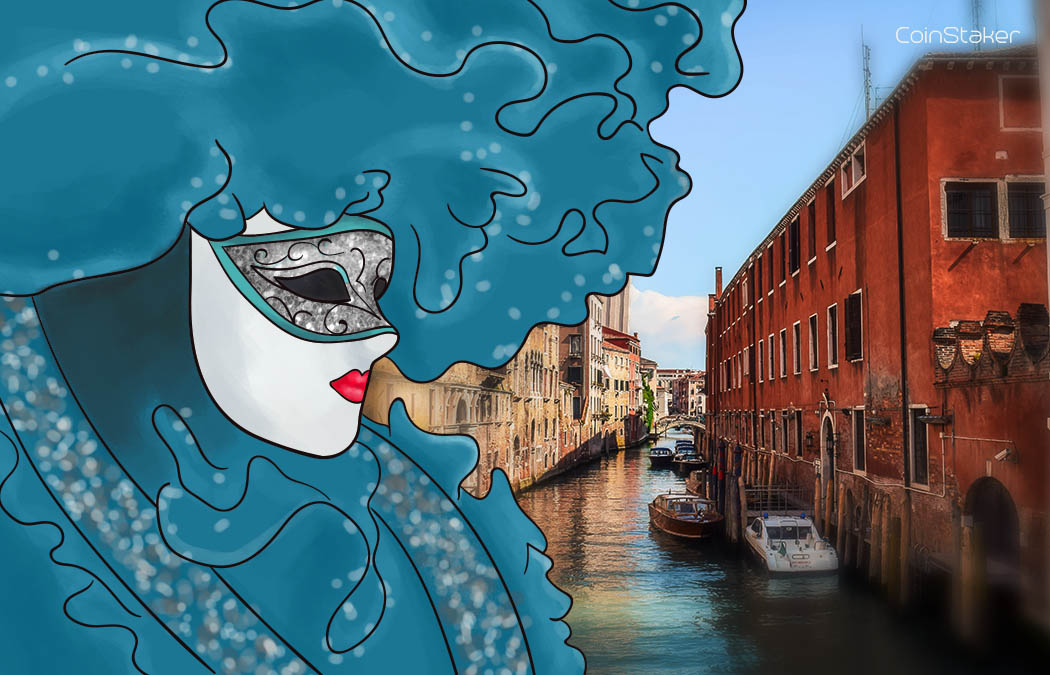 A ready-made mixnet solution from Kryptik has been built with a “decentralized VPN” being one of the possible practical use-cases. Also, there is an experimental wallet that supports private coins (Monero, Zcash) as well as currencies built on Mimblewimble, thus, offering a unique level of privacy never seen before. In addition, the team is developing a new authentication system with a high level of privacy. Unfortunately, we were not able to gain access to the wallet in order to test it.

We are under NDA and cannot reveal it yet. The only thing we’re allowed to mention is that all the major moves regarding the project will begin after Consensys NYC in May. The main net is expected to go live towards the end of the year.

https://bity.com/ — a Swiss-based fiat-crypto gateway for individuals and businesses, that is responsible for doing KYC for NYM. We can speculate that NYM’s legal counselor Vincent Mignon was a key figure in this partnership because there are mentions of Bity in his personal twitter dated back to the beginning of 2016.

http://1kx.network/  — a token fund with one of the most modest web pages in history. Known investments are Terra and Nervos Network. The fund was created in 2017 and they are based in the Netherlands. The founders of 1kx were advisors to Loki and Dock.io.

Binance Labs —  NYM is one of many promising projects that the investment department of the largest exchange has been supporting.

Consensus: It is rumored that the first version of the blockchain is being implemented on Tendermint with a future upgrade to a more open federation for issuing authorities.

After the initial release of the wallet and a messenger on a proprietary blockchain, a launch of a permissionless network is planned, where it will be possible to widen a number of practical use-cases, including a “decentralized VPN” as most of the members of the team have experience with mixnets.

The team is developing a protocol and an authentication platform that will compete with the likes of other “one-click-solutions”, i.e. Google Sign-in and Facebook Connect. Through an identity provider, users will be able to exchange NYM tokens for certificates that later can be used within the services that require authentication, i.e. messengers, mail services, social networks, etc. Users will decide which data and to what extent to share with 3rd party companies. Service providers will receive a cryptographically-confirmed certificate that confirms the users’ data without containing the data itself. Later on, the certificate can be exchanged for tokens through identity providers. All the transactions are confirmed by the nodes and recorded on the blockchain.

Very often both centralized and decentralized solutions have weak security on the network level that allows revealing users’ identities through manipulation with metadata, i.e. by using timestamps and analyzing packets of data. NYM offers a solution called Mixed Networks, that was originally proposed by a famous computer scientist and cryptographer David Chaum almost four decades ago.

The team at NYM is implementing the solution developed by their partner Kryptik. First, all data packets are grouped and encrypted through multiple layers within Mixnet. Then, the batch is sent through a chain of nodes where the data gets decrypted, mixed and sent further. Thus, a clear connection between a sender and receiver vanishes and becomes untraceable on a network level.

In addition, the team is developing a wallet that supports a majority of private currencies and the ones based on Mimblewimble protocol. The Mixnet solution will also be implemented in the wallet in order to protect transactions within the network.  The development status and progress of the wallet are unclear for now. We’d like to point out that there is no working prototype or MVP yet.

Edit: more information about the practical implementations of Mixnet will be added upon the expiration of NDA. Stay tuned!

Harry Halpin — Chief Scientist and Chair of the Board: LinkedIn, Twitter, Personal Page.

Mr. Halpin used to be a team member at W3C. There are a number of publications on cryptography, social and philosophical sides of the network.  Some works are co-authored with an advisor George Danezis. At the moment, he is involved with big data, cybersecurity, and blockchain at MIT Sociotechnical Research Center.

University College London graduate with a Github active since 2015. Mostly codes in Python, Java, and C. Majority of the repos are connected with CoconutGo – implementation of Go on Python, and a universal library of smart-contracts for Chainspace and Ethereum, created in co-operation with his mentor George Danezis.

A true anarchist, a developer of numerous open-source projects, creator of Libbitcoin, Dark Wallet and Dark Market (now OpenBazaar). Was in charge at Electrum for some time.  Was listed on the Forbes’s 30 Under 30 in 2014. It’s not just the tech side of anarchism Amir gravitates towards; in 2015 he spent 3.5 months fighting on the frontlines in Rojava as a part of the Syrian Kurdistan military force. All in all, a very vivid personality.

King’s College London graduate majored in Computer Science. Even though the other social networks were not found, based on her LinkedIn, we can see that Annie started off with developing an iOS mockup app for Goldman Sachs, and later moved on to the financial sector as an intern at Deutsche Bank. Since 2017 she worked as a blockchain developer for a start-up Indorse, but we couldn’t find her profile in the company’s GitHub. There are confirmations of her skills on Python, Java, Solidity, and React.js, but all of them came from one person: Dominika Dewicz, an analyst of a London branch of BlackRock.

Fabian Wey — Director of Operations: LinkedIn. Very weak trace online with no known presence in social networks. Was listed as a speaker in a large cryptography seminar together with George Danezis and representatives of dyne.org, with Amir Taaki being a part of it.

Jonathan King — Research and Communications: no publicly available information could be found.

David Stainton – LinkedIn, GitHub, Twitter. No longer a member of the team.

Elijah Sparrow – СЕО of a start-up Kryptik that is currently in a stealth-mode. There is no information on Mr. Sparrow and social networks are nowhere to be found.  The only thing we were able to dig out was his name mentioned in two works of George Danezis:  https://panoramix-project.eu/wp-content/uploads/2016/10/D4.1.pdf, from which we can see that NYM is a result of this research with Mixnet following the same principles as TOR; and another one https://hal.inria.fr/hal-01426850/document where they describe https://leap.se/ that allows to set up a local proxy server and an encrypted mail client. The project has been in development since 2012. We tried their Android VPN app, and some of us decided to use it instead of another client 🙂 Also, we found an archived series of e-mails that could be attributed to Mr. Sparrow.

George Danezis – LinkedIn, Twitter, Personal Page Author and co-author of many papers about the blockchain, p2p networks, dark web, and cybersecurity. Studied under the guidance of Bart Pereneel: one of the titans of cryptography and cryptoanalysis. Mr. Danezis is particularly interested in the application of machine learning techniques in the field of cybersecurity. Since 02/2019 he is listed as a part of a blockchain development team at Facebook.

Aggelos Kiayias — advisor: Personal Page, LinkedIn, Twitter.  Author of a number of works that could be found at https://dblp.uni-trier.de/pers/hd/k/Kiayias:Aggelos Based on this document, he seems to have a connection to the development of the 0x protocol. Chief scientists at https://iohk.io/ together with Charles Hoskinson and Jeremy Wood.

Generally speaking, the team is very competent from a technological point of view.

The market of authentication systems is very niche with two players, Facebook Connect and Google Sign-in, dominating it. There are a couple of decentralized choices such as Civic, Selfkey, Thekey, and Traceto. However, they simply cannot compete with top centralized solutions due to many of them simply not having a working prototype and/or lack of marketing. The largest one, Civic, has a capitalization of $18mil (144th on CMC). Their app has more than 50,000 downloads on the Play Market with an average rating of 3.8 based on 481 reviews.  You can see that they are very far from mass adoption.

Due to how narrow the market is, people at NYM will have to double down in order to push their product to the masses. It should be user-friendly with privacy being one of the main talking points. Currently, we can see that users of crypto exchanges and dark net markets can be a target audience for NYM.  However, with the wallet in operation, NYM can be turned, for instance, to a privacy coin, thus, attracting more attention to the project and expanding use-cases for the token.

Here we see a classic use-case of any utility token: users purchase tokens to pay for services, nodes get rewarded for their work and service providers claim tokens in exchange for certificates received from the users. Also, native NYM tokens can be exchanged for an ERC-20 type to use in trading. Easy and simple!

NYM boasts a very strong team that is developing products that could be very useful both for the general public and crypto-enthusiasts provided that the marketing is done right. It will be very hard to compete with centralized solutions present at the moment. The project is still in development and there is no MVP or a detailed description of the practical implementation of ideas for us to look at. There are cetrain doubts about how user-friendly the product will be due to its nature and the current state of decentralized applications. Also, there is no publicly available roadmap and the financial details are not known.

Liked the article? Hated it? Subscribe to Crypto Sherlock and join the conversation at “Sherlock Club”.